Sensorineural deafness is often caused by the degeneration of spiral ganglion neurons (SGN) in the inner ear that relay auditory signals to the brain. These SGN do not regenerate after degeneration. Dental pulp stem cells (DPSCs) are neural crest-derived ecto-mesenchymal stem cells as the cranial neural crest cells. (NCC) These NCC partially contribute to the SGN during development of the inner ear. DPSCs are promising candidates for cell therapy approach, because they have migratory properties, enabling migration after transplantation  can differentiate into sensory neurons and glial cells and can be harvested in relatively high numbers. We hypothesize that human DPSCs can be used for cell-based regeneration and repair of the SGN.

Projet 2: Potential of sugar-based angiogenic on organoids vascularization during iPSC and DPSC toward SGN neurosensory differentiation

One of the unique aspects of organoid models is the ability to resemble, to some extent, the in vivo organ or tissue from which they were derived, and which allow for relevant cell-cell and cell-matrix interactions. One of the key limitations in using organoid approaches to generate tissues is that upon reaching a certain size, organoids cease to proliferate and develop a necrotic core. In order to maintain the complexity of organoids, it is necessary to prevent the appearance of the necrotic inner core leading to the premature differentiation in the outer layers of organoids. This phenomenon, in turn, was largely ascribed to a lack of organoid vascularization. We will explore a panel of angiogenic effectors derived from Mannose-6-phosphate (M6P) on the neurodifferentiation of either DPSC or iPSCs, and in the development of organoids vascularization

To test the regeneration and synaptogenesis abilities of DPSC/iPSC-derived otic neurosensory progenitors following engraftment, we will use first an in vitro co-culture model with denervated cochlear organotypic explants. We have previously demonstrated that  hiPSCs derived otic progenitors  are able to engraft and differentiate in the damaged cochlea (Lopez et al., 2019). 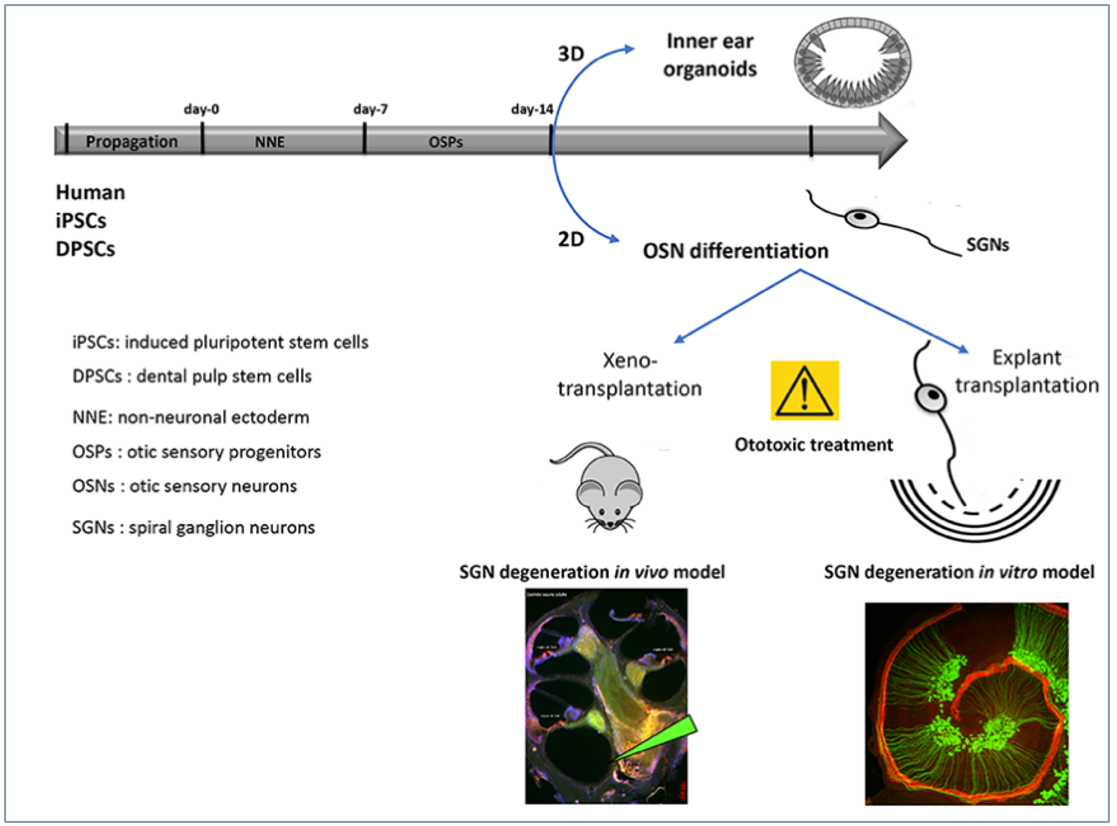 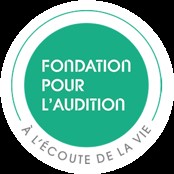